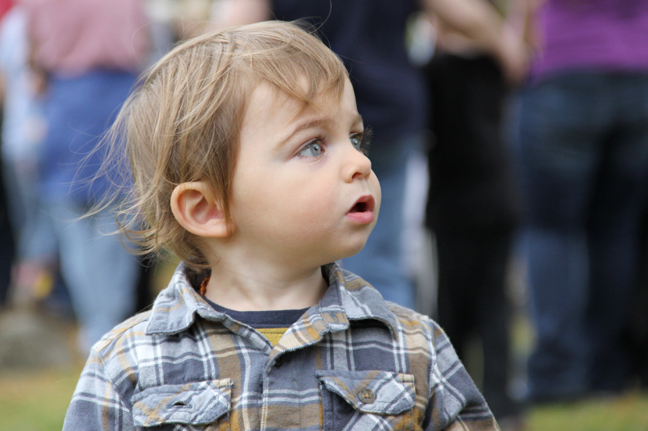 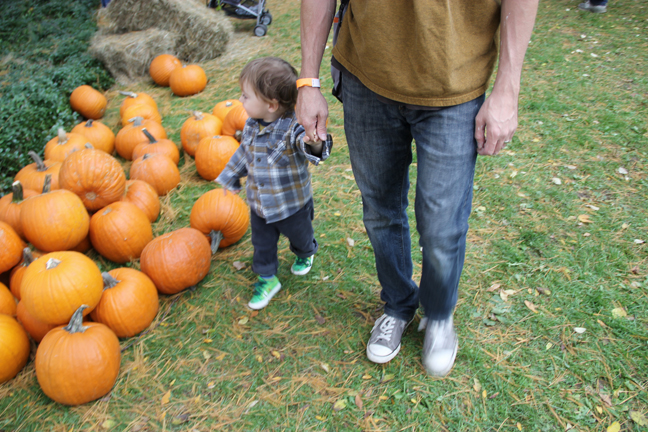 I guess the movie will never hold up to the book and the sequel won't ever beat the original... and no Harvest festival will quite match the one I remember from my own chil﻿dhood, even when it's the exact same one! In all fairness, we did have a ton of fun last week-end partaking in the fall celebration at the botanical center in my home town.
We watched pony rides (Little Smith really wanted to try one, but he would have had to go solo and I was worried about his dismount if there was a change of heart- next year), we ate veggie chili and cider doughnuts and drank local beer, we listened to music and tried our hips at hula-hooping. 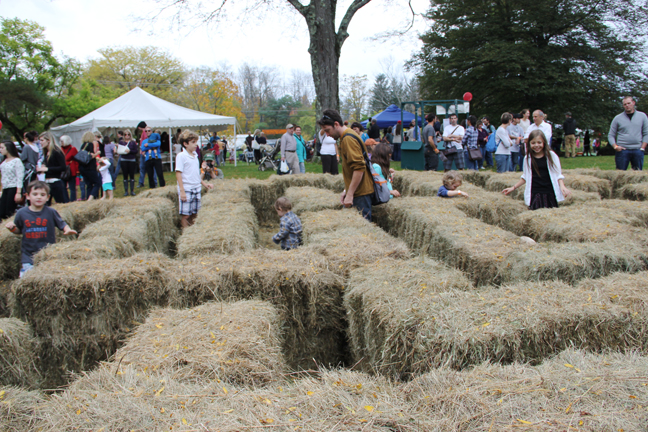 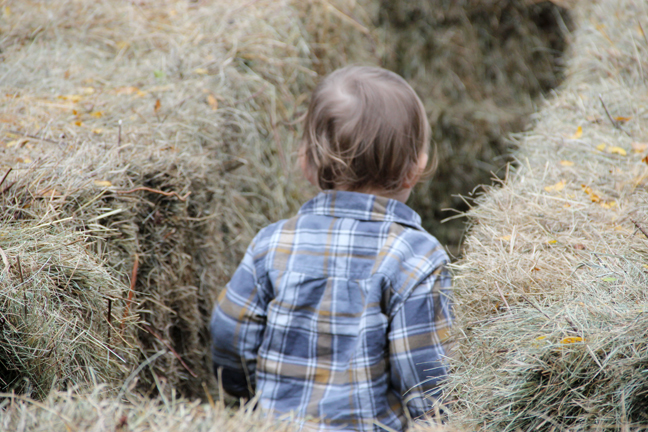 The highlight was definitely the hay maze. Little S didn't quite understand the objective but he loved roaming around and bumping into other kid's before he eventually caused a big old kiddie traffic jam when he decided to pause and pet the hay. 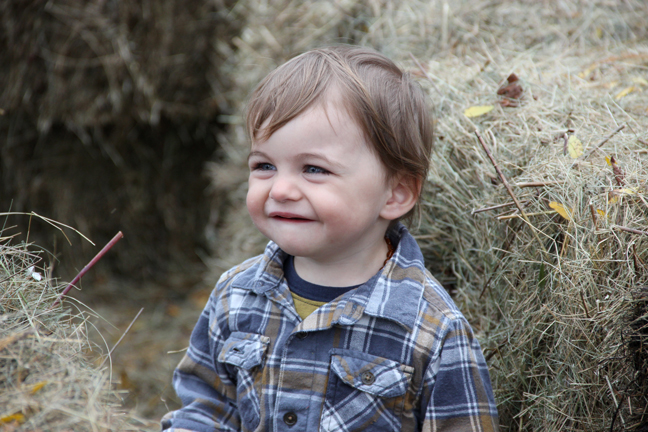 Luckily the sweetest ever bigger boy took him by the hand and guided him to freedom. I don't spend much time around older kid's and I'm always a little worried that they won't have the sparkle of a toddler, but when I see a scene like this with such compassion, it gets me excited for things to come.
We even managed the most peaceful and scenic diaper change ever. 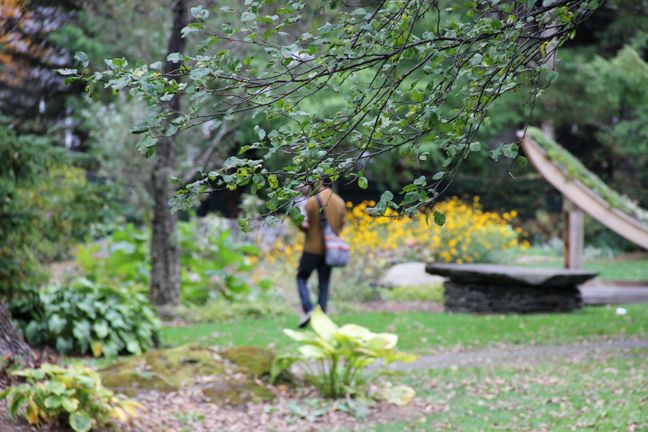 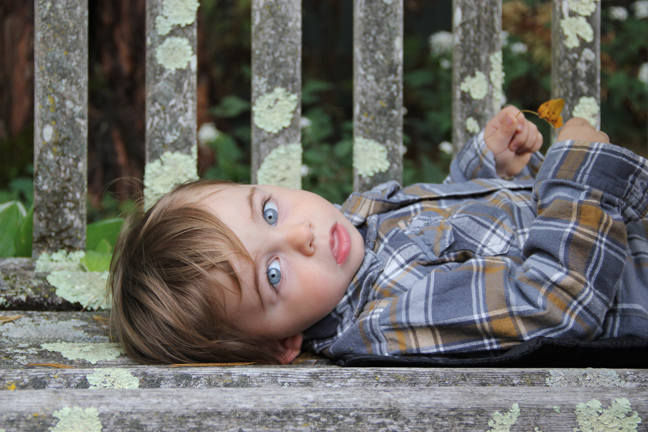 I know it's a little odd to snap a photo of your kid getting his diaper change but he was so beautiful lying there playing with that leaf that it had to be done!
So while the fair was missing the pumpkin contest that I mentioned competing in as a kid and I always thought was the heart of the event, and there is so much stuff 'for sale' that it's taking away from some of the activities... it was still pretty great. Whatever was lacking in comparison to my own memories was made up for with balloons. Little Smith developed quite a relationship with his and apparently they're biodegradable and won't choke sea-life either, how's that for progress?! 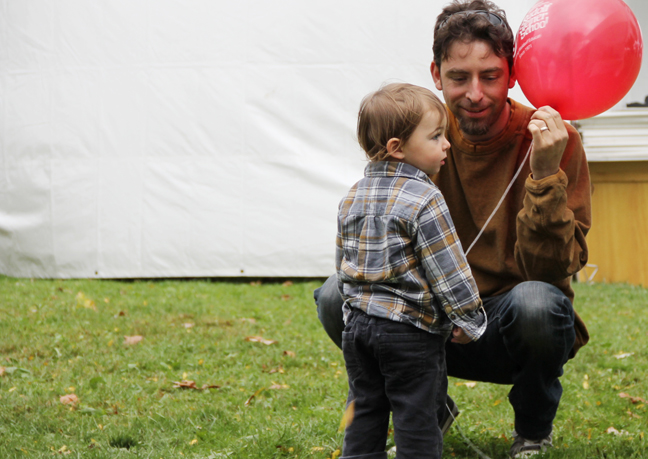 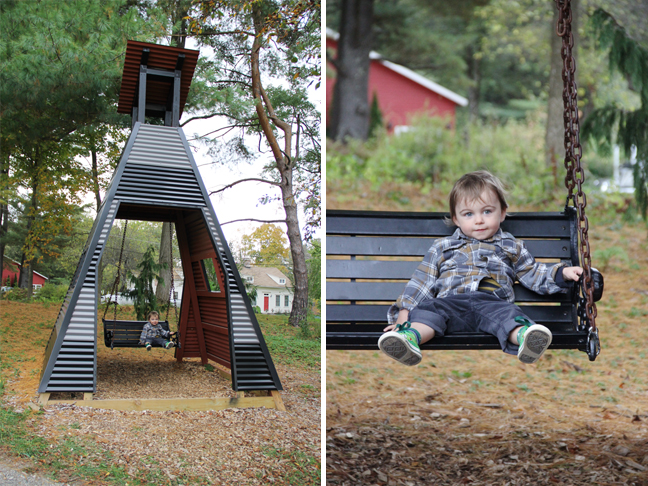 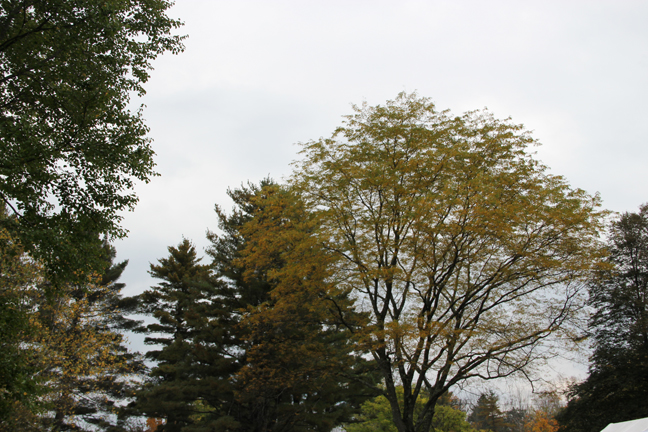 The clouds kept rolling in throughout the day and it was getting cold and windy so we decided to make our exit before a proper hay ride and loaded into the car just in time to beat the rain. Good timing always feels like such a victory!
The next day we woke up to much colder weather and decided to do a bit of this. 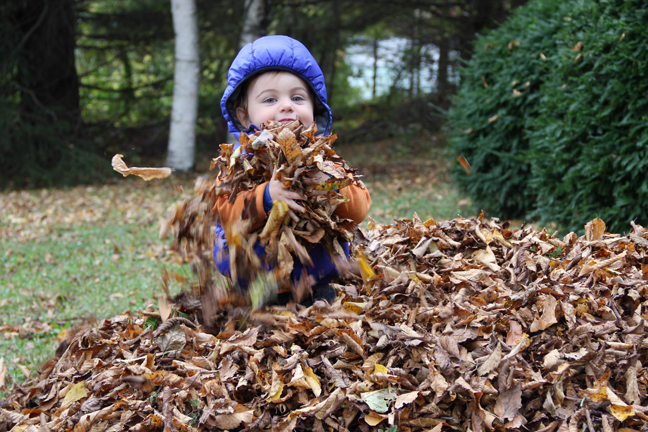 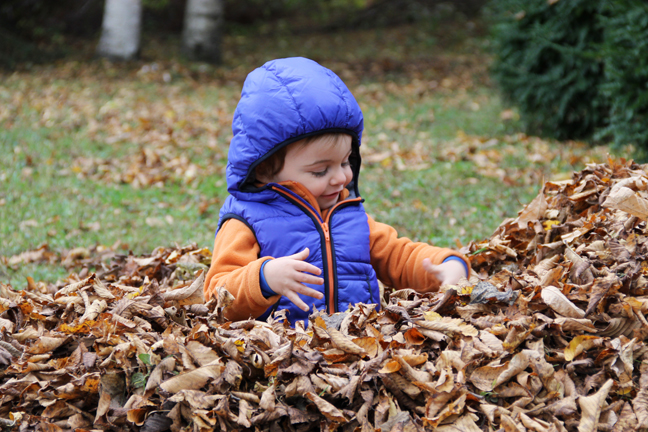 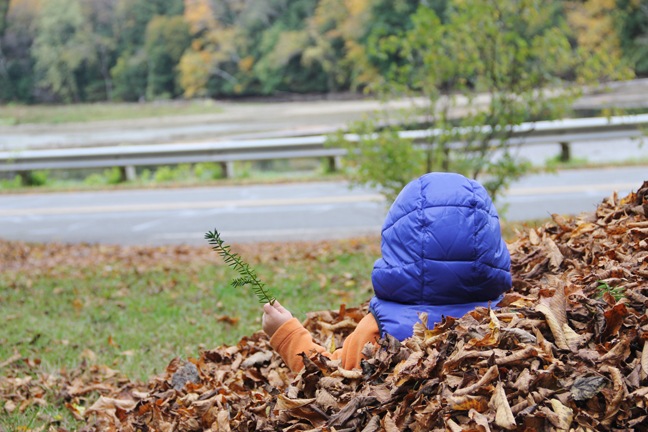 My mother thought these leaves weren't as pretty or colorful as they should be for a good pile, but no one seemed to mind. I haven't jumped in the leaves in ages... at least some things are every bit as perfect as I remember them.
Posted by Mama Smith at 12:07 PM