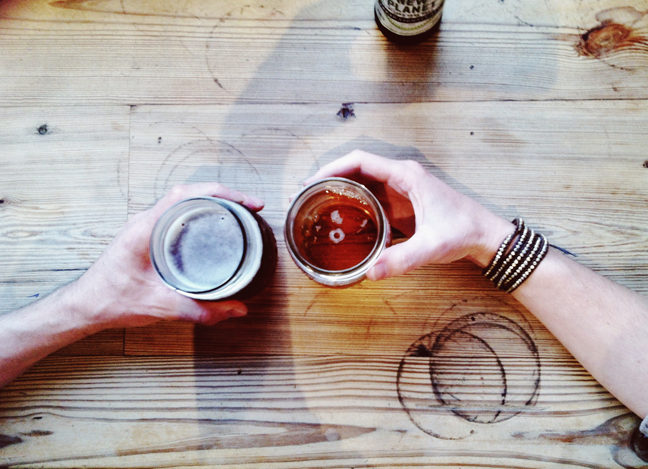 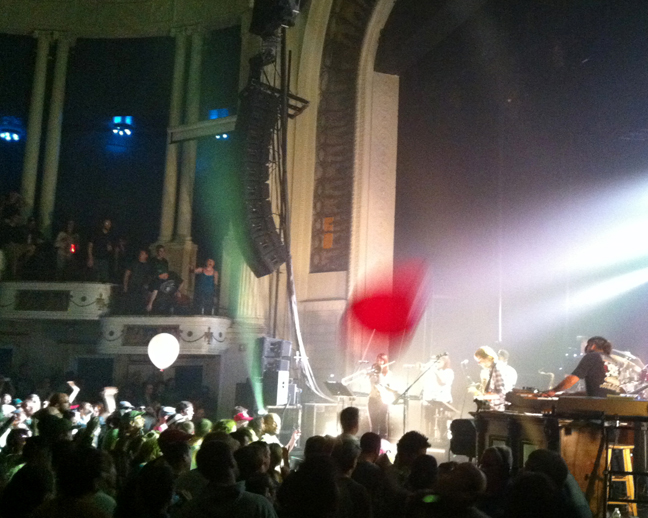 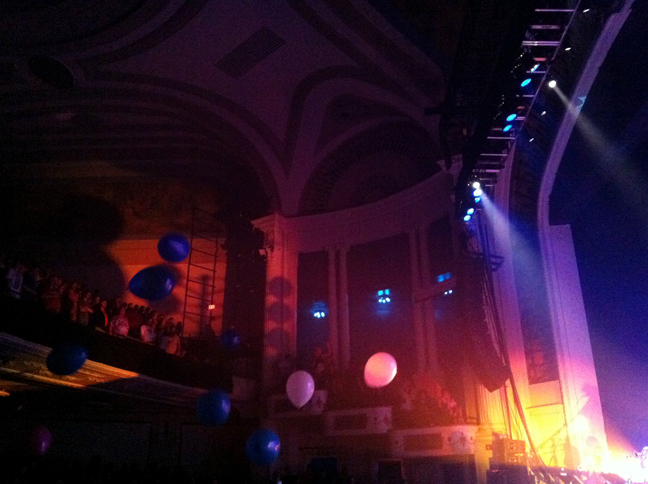 It was such fun to get out of the house to go see Trey Anastasio at the Orpheum over the week-end. We spent many years going to countless concerts and it was just like old times, although we were both far more tired than we remember by the time the encore hit.
+++++++++++
We actually realized that we were meant for each other on our way to a concert- what was supposed to be the final few shows for Phish back in 2004. It was a festival where you camp on site for a few days of music up in Coventry Vermont. Big Smith was a mega Phish enthusiast long before we met and I had only seen them a half dozen times at that point. We were both crazy excited for that festival; we were meeting up with a bunch of friends, we had our camping gear in order and our meals planned out. We left a day earlier than anyone else just to get settled, there had been lots of rain leading up and we knew the venue would be flooded and the roads would be more tricky.
We ran into some stopped traffic about 10 miles from the entrance to the festival and basically decided we were likely to be there through the night and had better get comfortable. The next morning came and we still hadn't moved. We cooked food, made friends with the cars around us, had picnics on the roadside with logging trucks blowing by in the left lane. Everyone was in great spirits and totally relaxed about being stuck, I felt like I was surrounded by the sweetest and happiest music fans on the planet and it was fun to be a part of it. The radio was telling us we would all get in on time to see the music and to just wait it out and since our cell phones were spotty we figured we were in better shape than anyone else that we knew since we had left first.

Somewhere around hour 24 of being stopped I started to worry. Everyone else was still happy and calm so I tried to embrace the chill vibe- but I was feeling decidedly un-chill. When the sun rose on that second day I had a sudden realization that these might be the sweetest and happiest music fans on the planet, but they were also deeply delusional and/ or high and we needed a new plan! Big S finally got a patchy call through to a friend and heard that he was ALREADY INSIDE the venue. In fact everyone was already inside except for us. He had left a full day later, read that the main road was a disaster and to take back roads so he parked on some woman's lawn and hiked in.

After 38 hours of waiting stopped on a highway... we peeled out of there, did a little off roading, made a u-turn, found some locals to let us park in their field and take us within a few miles (seated next to a deer head for 20 bucks a piece), and hiked the last stretch with whatever gear we could pack on our backs.

When we got inside we were euphoric. Yes the whole place was a giant mud hole that sucked off my flip-flops as I walked, yes the porta-potties were so full they were roped off with caution tape and I got mosquito bites on my bum peeing in the bushes, yes we had to roll a guy off of our tent when he decided to take a 'snooze' on top of it, and maybe those were not the best shows... but it was a big ol' party and we made it in, together, without a single fight. That's pretty good teamwork.

I think it took us 42 hours from start to finish to make it to a destination that was about a four hour drive, so we figured if we could get through that with smiles we could probably stick together for the long haul. Luckily the band got back together and we have seen many many more shows since, and luckily there will also be many more in our future... just with a few more yawns at that encore!

*some crazy winds here so far, hope everyone is safe and warm in this storm!
Posted by Mama Smith at 3:05 PM