Container for a Letter

My relationship with my father is very complicated and I'm not fully ready to tackle it in writing just yet. He is an incredibly creative, talented, and charismatic man... but also a deeply flawed and ill man. Through much of my twenties he would send me letters; postcards with illustrations that he had painted, collages using large format film, boxes covered in hundreds of stamps, and often just simple hand written notes and ramblings. Sometimes I would get several letters in a single day and then they would trickle off and disappear for months... years... a physical embodiment of his manic ebb and flow. 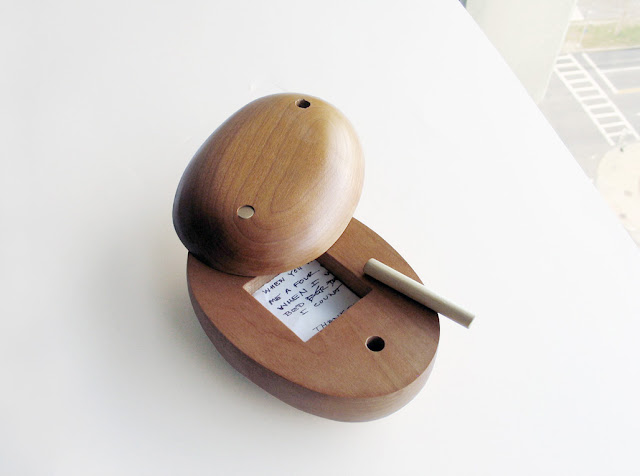 I spent a lot of time considering these letters, all this paper covered with thoughts and emotions in a time when email was emerging and mail was fading. I remembered a letter a friend had held dear during a period of deep grief. She would fold it into her palm and over time the paper became stained and disintegrated at the creases. She put the letter in a box on her shelf so that she could keep it in her thoughts without destroying it. 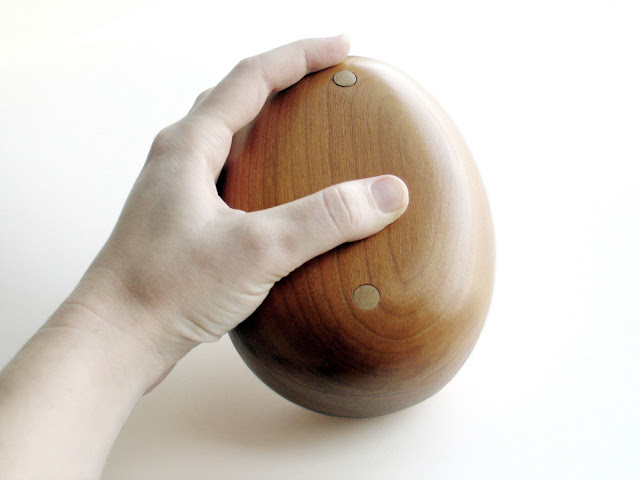 I made this container for a letter, a vessel that encases and protects the paper. Its form was drawn from rocks on the beach which have been worn over time. It can be held in the hand or placed on its base for public display. 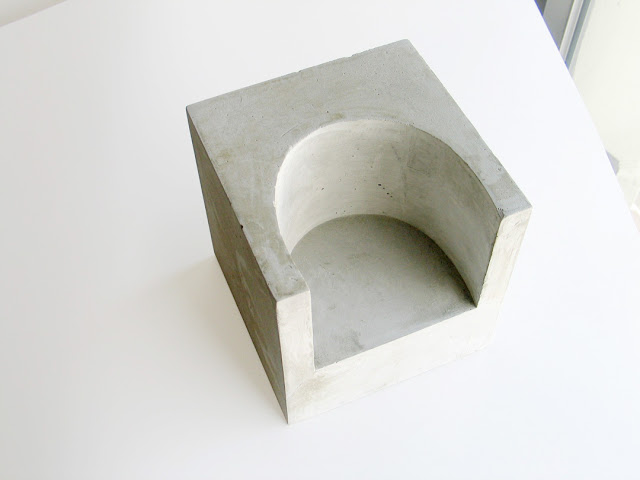 The container sits on my bookshelf. It's been a long time since I took it out of the base or looked at the letter. I just know that it's there.
﻿ 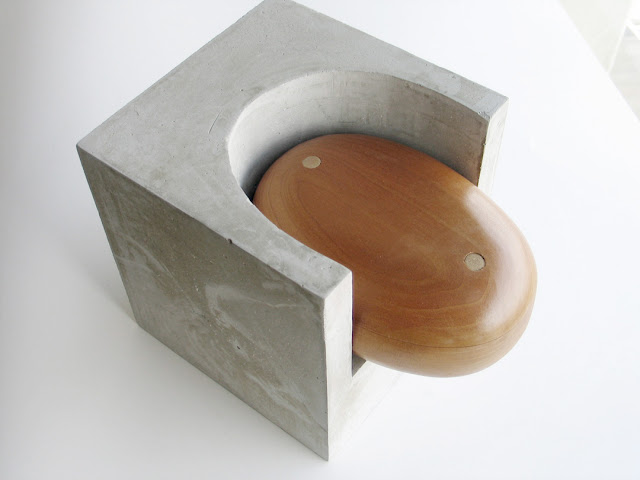 container for a letter / cherry, ash, and concrete
Posted by Mama Smith at 10:15 AM